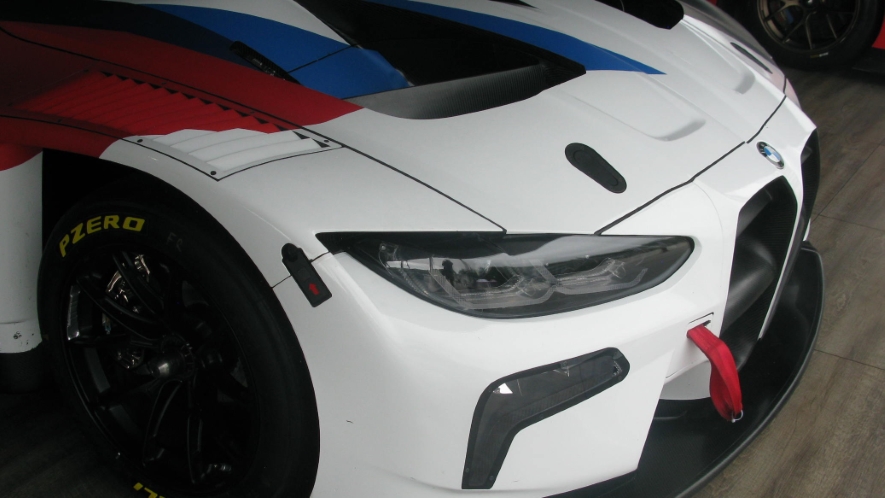 The Fanatec SRO World Challenge was at Road America the last week of August. It is an amateur / pro series. Boy were there lots of BMWs racing. Larry tried to get photos of each team.  To start the weekend event off, on Thursday night the cars drove into Elkhart Lake and parked in front of Siebkens. Very impressive street!

BMW NA had the new M4 GT3 ready out of the box race car there. This was the first time that most racers and owners had seen it.