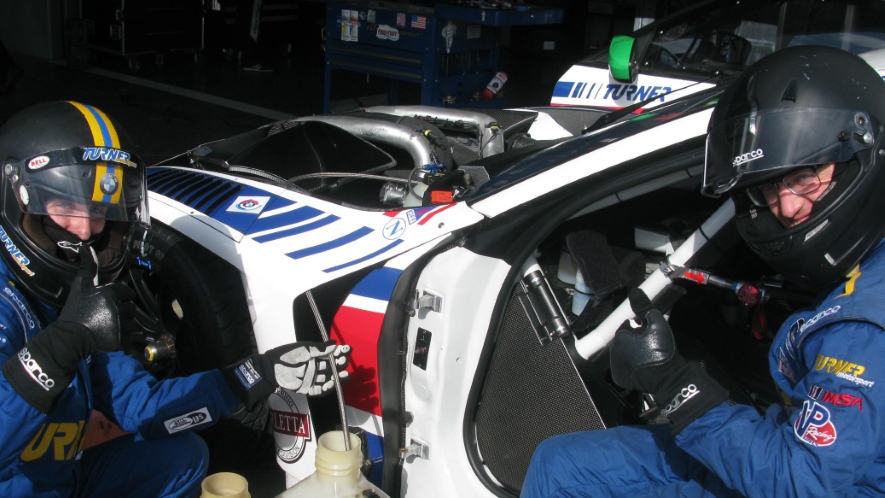 The Daytona 24 Hours is in the books. It was the premier of the new m4gt3 Bmw race cars. They have had track time to work on the new cars but this was the big opening. The field for the race was 61 cars for the 60th running of the 24 hours of Daytona.

The week before the 24 is the Roar. This is a practice weekend with racing. The weather was pretty awful on Saturday, 45 degrees with 40 mph gusts. Stayed cool for that whole event.

Then the 24. Lots of people. Lots of manufacturers. 15 vendor. Lots of cars. And the access to the pits was back, unlike last year. BMW could have had a better race but they learned a lot. Turner Motortsport was taken out in an incident.

Larry and I along with 6 other friends got to transport the M cars that BMW NA brought for the lap before the race in celebration of the 50 Years of the M Cars. I got the Lime Rock Edition M3 and Larry got the Z4M. We can say we have driven the Daytona Speedway even if it was just to get the cars in place for the drivers to do the lap. We were in a good spot for seeing all the cars coming on to the grid. It was fun and I would do it again. We had a police escorted drive through the infield to get to the staging area. The line of cars got lots of looks. Did I mention it was FUN.

Enjoy the events through the pictures.

Click here for LOTS of Pictures by Larry Schettel

Click here for the painting for Hatcher Foundation by Roger Warrick