Windy City BMW is working with the Chicago Region of PCA to bring members the opportunity to complete in Road Rallyes.

A Road rallye is not a race, rather it is a contest in which a team consisting of a driver and a navigator combine driving, observational, mathematical, and communicative skills (as well as patience) in the negotiation of a prescribed road course at prescribed speeds. The main objective is to stay on course following a set of route instructions that each team receives before the start of the rallye. The route instructions define what route to follow and what average speeds to maintain. Rallye scores are determined by timing the arrival of each rallye car at points along the rallye route and comparing the times against the official rallye time. These timing points are called checkpoints and their locations are not known in advance. It’s kind of like going to Grandma’s House only you don’t know where it is and you don’t know how to get there but you have to arrive precisely on time. 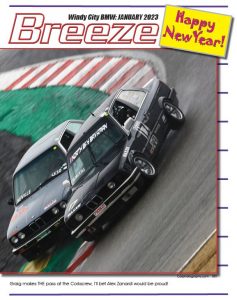